In TFS 2010 TeamBuild was rewrote. The engine is now based on Workflow Foundation 4.0 and the architecture is now distributed. In this post I’ll present the new architecture.

TeamBuild 2010 is composed of two components linked to the Team Project Collections:

The BuildAgent is link to a single BuildController and do all the heavy work:

As you can see in the previous schema, a BuildController can have multiple BuildAgent which enables native load balancing

From a physical perspective, all those components doesn’t have to be on the same machine. Each component can be on a separate machine, the only constraint is that only on BuildController can be installed per machine. Here is a simple deployment example: 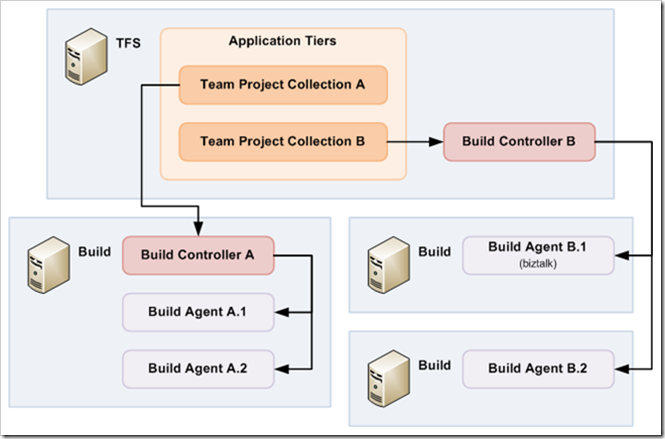 In this example each collection has an associated BuildController:

It’s also good to know the all the BuildController and BuildAgent configuration is saved in TFS.

I have two words to conclude : IT ROCKS